The 'Seven Up!' documentary series, which began in 1964 and continues next month, is reality television as it ought to be. 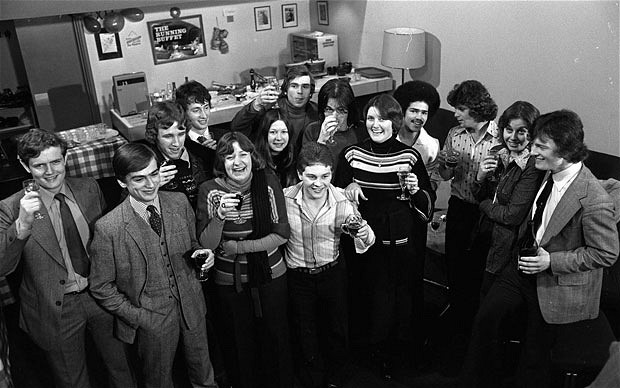 From the days of the week to the ages of man, seven is mystically the number that seems to mark the epochs of our lives, and that's the concept, hardwired into our psyches, that Granada Television tapped into when in 1964 it began commissioning the unique documentary series Seven Up!.

Taking as its primary inspiration the remark attributed to the founder of the Jesuit educational system, Ignatius Loyola, 'Give me a child until he is seven and I will give you the man', it started by tracking the lives of 14 seven-year-old British children from a wide variety of social and economic backgrounds. Since then, it has reported back on them at seven-year intervals, with each episode cumulatively presenting extracts from previous programmes, dramatising how far the subjects have travelled in the intervening periods.

Although I missed both the 1964 and 1970 broadcasts, I've long felt very close to this series. Being at the unglamorous age of 57, I'm only one year older than the participants and watching Up over the past 35 years, I've always been able to identify with the experiences and attitudes of the Uppers: the programme serves as a mirror of me, reflecting the world I live in.

So I regard the prospect of the latest instalment, due to be broadcast next month and recording the age of 56, with trepidation. Details of what it will reveal are being kept under wraps, but I feel sure that my response will be more intense than ever. The last seven years will almost inevitably have brought bereavement to the participants, and I imagine most of them will also have suffered from the turmoil wreaked by the economic crisis and the continuing erosion of confidence in the future of the planet. I expect to hear of dashed hopes and unrealised dreams, as well as illness and debility.

But although the dominant tone will doubtless be melancholy, I wouldn't want to give the impression that Up is depressing: all the people concerned are in their different ways pretty amazing, facing their battles and acknowledging their mistakes with courage and coming out at the other end wiser and stronger.

What shouldn't give any cause for comfort, however, is the sense that this round of the series will also represent something purely negative. Commercial television simply can't afford to make programmes of this sort of scope and ambition any more, signalling the end of a rich humanist tradition of British documentary-making, stretching back to such great directors as Humphrey Jennings and Lindsay Anderson, now supplanted by the crass prurience of Big Brother and its moronic spin-offs.

This genre has been popularly labelled 'reality' television, but it is the Up series which truly deserves that honorific adjective. Directed by Michael Apted (since 1970) in an unassertive style that allows people to speak for themselves without trying to expose their foibles or humiliate them, these programmes are quietly but stringently observant and edited with unfailing sensitivity.

They take time to broadcast and cost big money to make: nobody can imagine that they will top the ratings or attract big advertisers. In an age dominated by number-crunchers and impatient shareholders, this makes them an endangered species, so thanks are due to ITV's director of television Peter Fincham for clearing the schedules of more populist fare to air them. I like to think that because he was born in 1956 and was a fellow pupil at my prep school, he feels as personally touched by the Up series as I do.

Taking the longest and broadest view, what has the panorama of Britain presented by Seven Up! and its sequels implied about the evolution of our morals and attitudes since 1964?

Above all, I think it shows that class distinctions have become much more fluid and less marked, and that the middle and upper-middle classes have become less smug and more liberal, and increasingly aware of their privileges and responsibilities. This is particularly evident in the case of John Brisby, first seen in 1964 as a somewhat ghastly little prep-school boy (possibly rather like me), singing Waltzing Matilda in fluent Latin and unabashedly expressing inherited views that would now be considered unacceptably sexist and snobbish. A privileged high road is open to him and he advances along it steadily: at 14, he is at Westminster, nakedly ambitious for 'fame and political power', and at 21, he is at Oxford, confidently en route to becoming a QC.

As such, he embodies the persistence of the old High Tory establishment. At 35, however, his arrogance has softened, and he has become sensitive and likeable. Having duly achieved the position in society to which his background destined him, he devotes himself to a charity he has created in Bulgaria, where his family have ancient connections. He is one of several participants who admit distaste for the intimate exposure that Up entails, and the only reason he hasn't dropped out (a course already taken by two of the original 14) is the opportunity provided to solicit funds for his Bulgarian work.

The institution of marriage may have become less restrictive - at least half the participants have by now been divorced - but the pull of family remains constant, and watching people's focus turn away from their careers towards their growing offspring has been one of the series' most touching aspects. It has also been interesting to see how children born into a working-class environment, such as Lynn Johnson, now a librarian, or that irresistible rogue and chancer Tony Walker, have risen in status or prospered materially. Christian belief has seemed to hold fast, even if the churches have lost ground.

The programme doesn't claim to be statistically representative, but from today's perspective, it is in some respects imbalanced: homosexuality seems entirely absent from anyone's life and there is only one immigrant - Symon Brookfield, of West Indian descent, illegitimate and brought up in a children's home, who has struggled to make his way through a society that has never altogether welcomed or accepted him.

But Up is only incidentally a portrait of the way we live now. More fundamental to its appeal is its universality, its suggestion of how vulnerable we are to the givens of our personalities, as well as to life's inexorable twists of fate and the tragicomedy of ageing.

In this respect, the individual about whom the programme's diehard fans will have most pressing concern is Neil Hughes, first seen in 1964 as an enchantingly open and chatty Liverpudlian kid, skipping across the road in a duffel coat and hoping to be an astronaut (as we all did then). Then something goes wrong, we never know quite what: he drops out of university, survives listlessly in a squat and struggles against mental instability and thoughts of suicide.

Through the help of another participant, the teacher Bruce Balden, he seems to find some stability and immerses himself in local politics, and was last seen in 49 Up as a district councillor in Cumbria. Up's record of Neil's roller-coaster existence is surely one of the most heart-rending stories ever told in the medium - a highlight of a series that transcends all the sentimental cliches of reality television to express truth about the human condition.

Michael Apted's groundbreaking documentary, which has interviewed a group of Britons every seven years since they were seven years old, is now half a century in the making.

The show, called Seven Up!, was never designed as a long-running venture, but it proved so popular that the programme makers returned to the subjects when they were 14, again when they were 21, and so on. And now they're 56.

The Up series has evolved into one of the world's great documentary projects. But how have these films affected the lives they follow?

'56 Up', the lives documented on camera

Monday's final episode of 56 Up 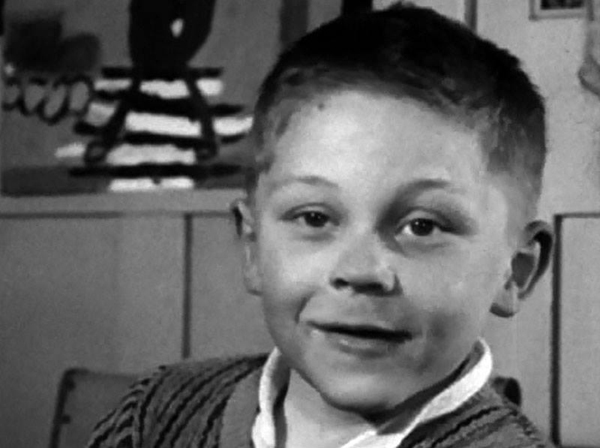 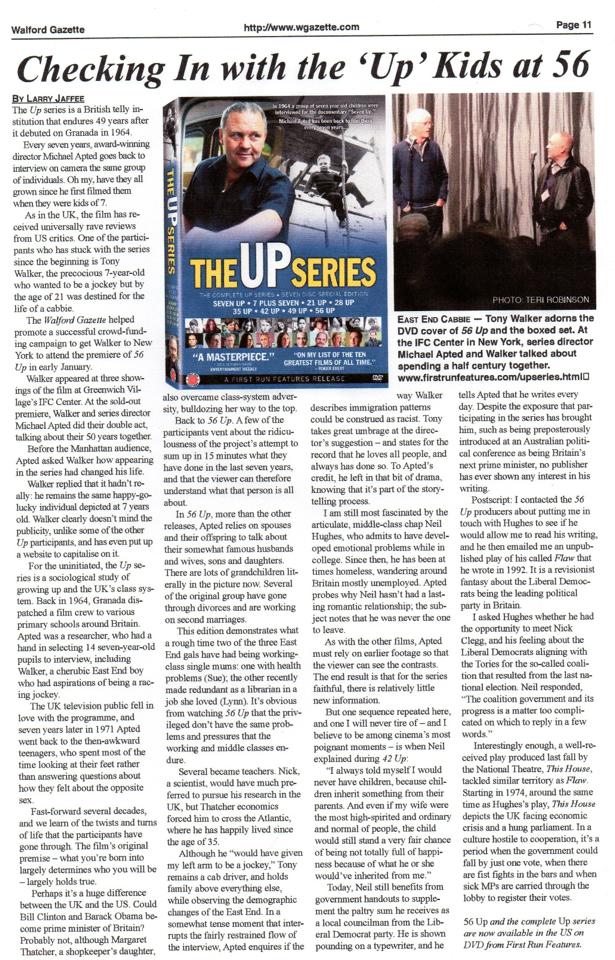 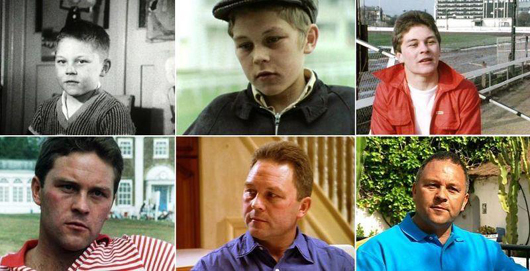 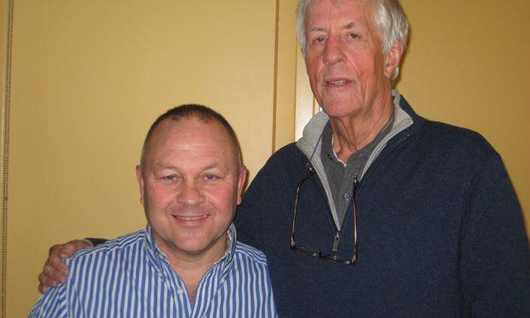 Baby You Can Drive My Car: Catching Up With 56Up Cabbie Tony Walker